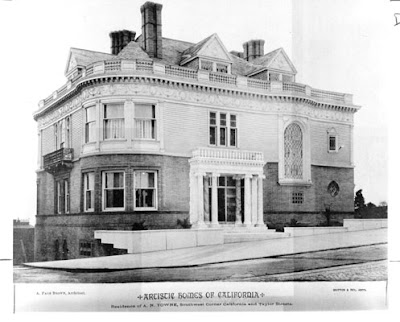 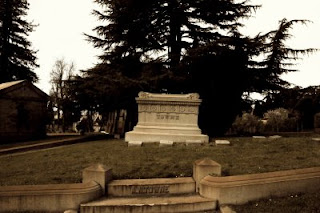 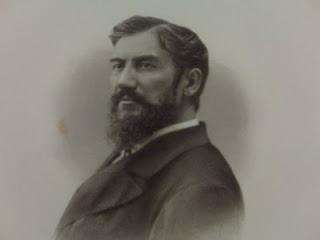 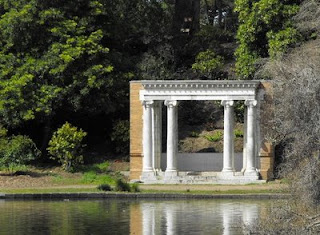 Alban Nelson Towne was born in Dresser Hill, Massachusetts on May 26, 1829. Unable to afford a formal education, he was educated primarily by his father. In 1850, he married the former Caroline Amelia Mansfield, the daughter of early settlers. They had one daughter, Evelyn Amelia Towne, who was born on September 2, 1862.

When he was eighteen, Towne’s father died and he had to help support his family. Before long, he ended up joining two of his brothers in Galesburg, Illinois working at the Chicago, Burlington, and Quincy Railroad. Beginning as a brakeman, he rose to serve as assistant superintendent of the CB&QR. After a few years he accepted a position with the Chicago and Great Eastern Railway, which connected Chicago to Cincinnati,, but after a year he returned to the CB&QR as assistant general superintendant.

In 1869, he accepted a prestigious appointment as general superintendent of the Central Pacific Railroad, considered the greatest railway on the continent. Towne oversaw a huge share of the 8,000 miles of railway in the United States, as well as steamer lines on the Colorado and Sacramento rivers.

Unlike his counterparts at the Central Pacific, he showed little interest in politics other than what was necessary to ensure the survival of his rail lines.

The San Francisco home where he and his wife Caroline lived with their daughter occupies a special place in the history of San Francisco. Although it was destroyed in the 1906 fire, its entrance portico remained untouched. A handsome architectural piece, it was moved to Golden Gate Park where it survives as “Portals of the Past.”

Towne was known to have been an extremely hard worker who seldom took part in high society. He died of heart failure.
Posted by Michael at 7:38 AM