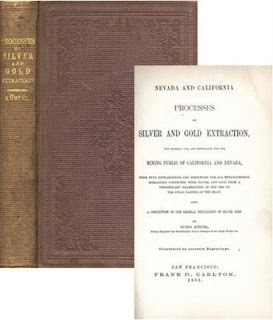 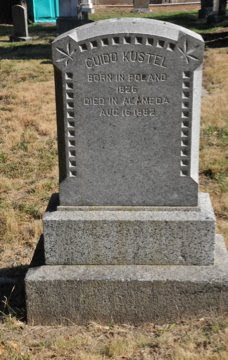 My name is Gregory Kustel. Guido
Kustel is my great uncle. I am so
proud to see his name on this site
and I want to thank who ever put
it here for the world to see.
Anyone out there who is a relative
of Guido Kustel please contact me
at: gregorykustel@gmail.com
Warmest regards,
Gregory Kustel

Guido Kustel was my great great grandfather. I am looking for a picture of him. Do you have any information which might lead me to a picture?
James Hammill

I am writing a book on famous mining engineers and assayers. Guido Kustel was a key player in this respect, not only in California but also on the Comstock in Nevada. I am looking of any photos of him that descendants may have. I would appreciate copies with any data and of course give credit and a copy of the book to the source. Please contact me at pgfranklin@charter.net

Hello. I am writting in response to all comments really. My Name is Krystle Hardin and Guido was Great x3 grandfather. I have many pictures of Henry and I am sure I was shown two pictures of Guido when I was younger. I will look in my families boxes and see if I might find a couple to post for you all. Also, Henry had another plot marker made and layed here in Sheep Ranch, Ca right next to him.. I will take some pictures and post ASAP. If you would like to respond please feel free to leave another comment and I will check back in a couple days.

Krystle - Did you ever find the pictures of Guido? I heard they were all lost in the 1906 fire in San Francisco (after the earthquake).
I would be interested in any pictures you have of him since I am also his great x3 grand daughter.
Let me know.