[J.W. Josselyn is second from the right] 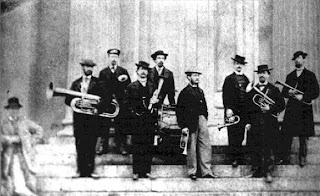 The Courthouse the killed Josselyn before and after] 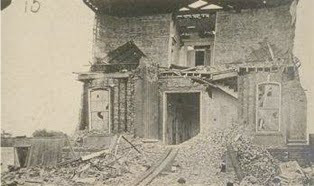 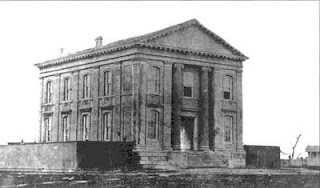 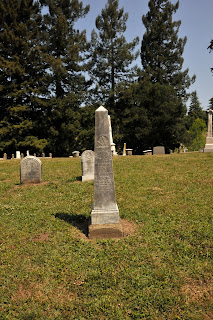 On the morning of October 21, 1868, Joseph “J.W.” Josselyn showed up early for his job as deputy city clerk at the Courthouse in San Leandro. At 7:53 A.M. the ground began to shake and the young city employee panicked and ran for the door with his co-worker Charles Palmer. As Josselyn headed out the door, a giant cornice and two column crashed to the ground and crushed him to death. He became the only East Bay fatality of the giant earthquake; thirty others died in San Francisco.

As you can see from the photo above, the Courthouse was completely destroyed and a number of people sustained injuries. Five prisoners and four others in the building managed to escape more rattled than injured.

The October 22, 1868 issue of the San Francisco Morning Call described the earthquake:

Yesterday morning San Francisco was visited by the most severe earthquake the city ever experienced. The great shock commenced at 7:53 A.M. and continued nearly one minute, being the longest ever known in this region. The oscillations were from east to west, and were very violent. Men, women, and children rushed into the streets—some in a state of semi-nudity—and all in the wildest state of excitement. Many acted as if they though the Day of Judgment had come. for a time the excitement was intense, and the panic was general.