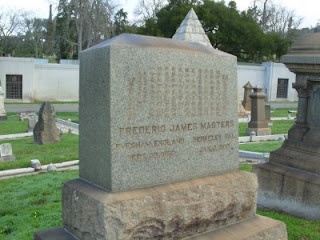 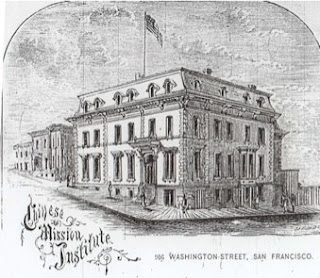 Frederic James Masters, was born near Stratforn-on-Avon in England on September 23, 1850 to a devout Christian family. He had thirteen brothers and sisters, eight of whom were in the ministry. Frederic Masters became the head of the Methodist Episcopal mission for the Pacific coast.

Masters graduated from Richmond College in 1874 and for the next ten years served as a missionary in Canton after his father said it was willed from God. While there, he mastered the Chinese language and married the former Mary Galbraith, a Presbyterian missionary from Vermont.

In 1884, on a return trip to England he passed through San Francisco where he met Dr. Otis Gibson, who was converting the Chinese to Christianity. He took over Otis’ missionary work on the Pacific coast, which stretched from the Puget Sound in Washington to San Diego. Masters was often known to preach on the streets of Sacramento, San Francisco, Porland and Los Angeles. He took great pride in getting runaway girls off the street, for which his actions were occasionally criticized as “over-aggressive.”.

He continued this work until his death in Berkeley, California on January 2, 1900.

Subscribe to Michael Colbruno's Mountain View Cemetery Bio Tour by Email
Posted by Michael at 6:48 AM